INCISIV Analysis: How To Prepare Goalkeepers Against Offensive Walls 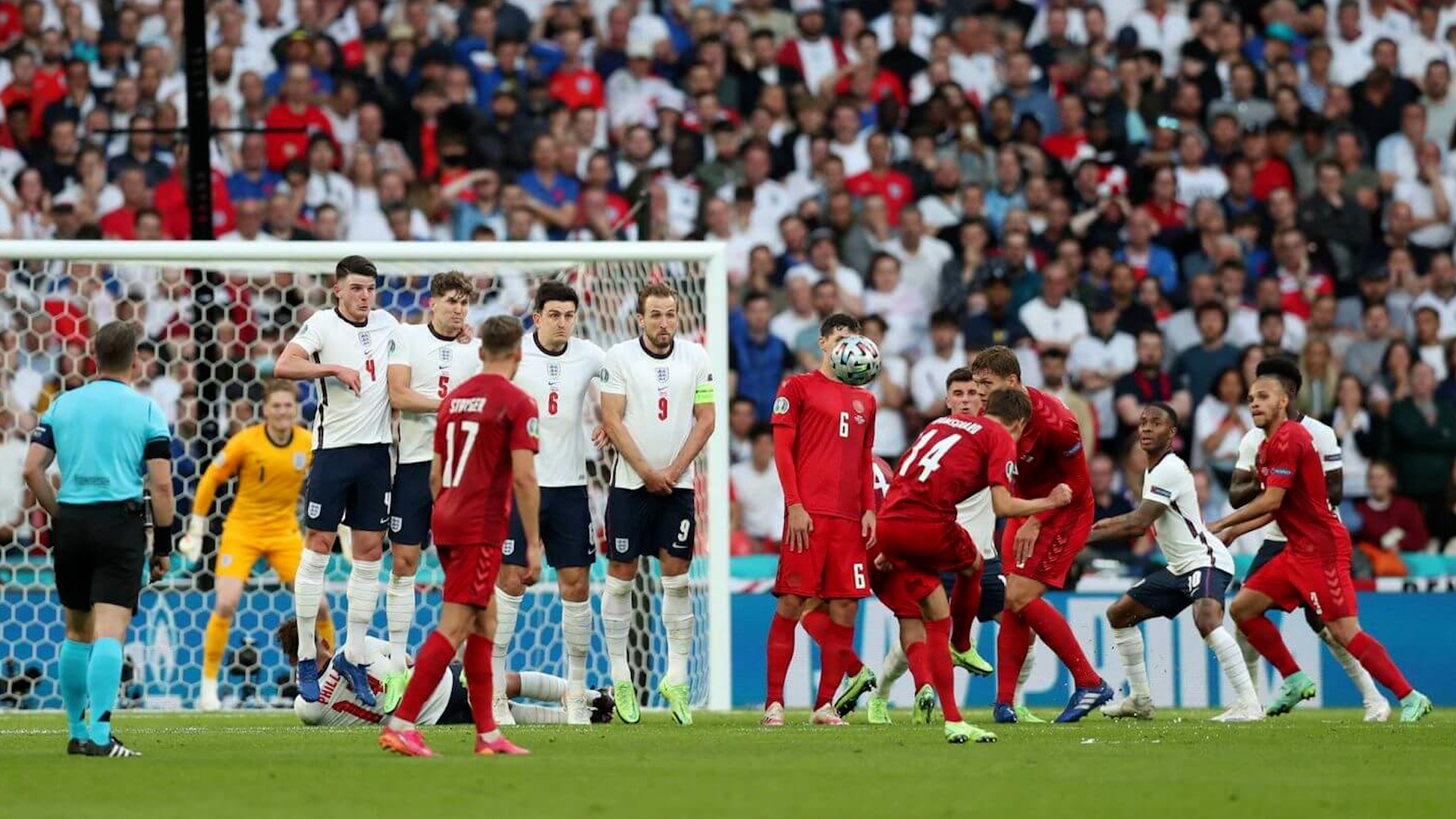 The role of free kick specialists

In modern day football the role of set plays has taken on a great deal of importance. With a 20% conversion rate, free kicks present a real scoring opportunity for players like Southampton's Ward-Prowse. Most teams now have a set piece specialist who can very accurately strike free kicks from 25m out with a speed that means they take less than a second to reach the goal.

The problem with walls

How attacking teams are using walls to gain an advantage

Take this Damsgaard free kick against Pickford in the Euro 2020 semi-finals. Denmark identified how blocking Pickford’s view greatly increased their chances of scoring if Damsgaard’s free kick was on target. By having players move across Pickford’s line of sight the time the ball became visible was delayed. This meant he ended up moving very late resulting in him conceding the goal.

How to prepare your goalkeepers for offensive walls

CleanSheet allows goalkeepers to practice placing different wall configurations when the free kick is from different locations. They can also practice saving shots when the ball is partially occluded and moving with and without spin, resembling more what they have to do in a real game. These opportunities to practice ahead of a game when they face a free-kick specialist will give them the confidence to know what wall configuration works best for them and increases their chances of saving the free kick.